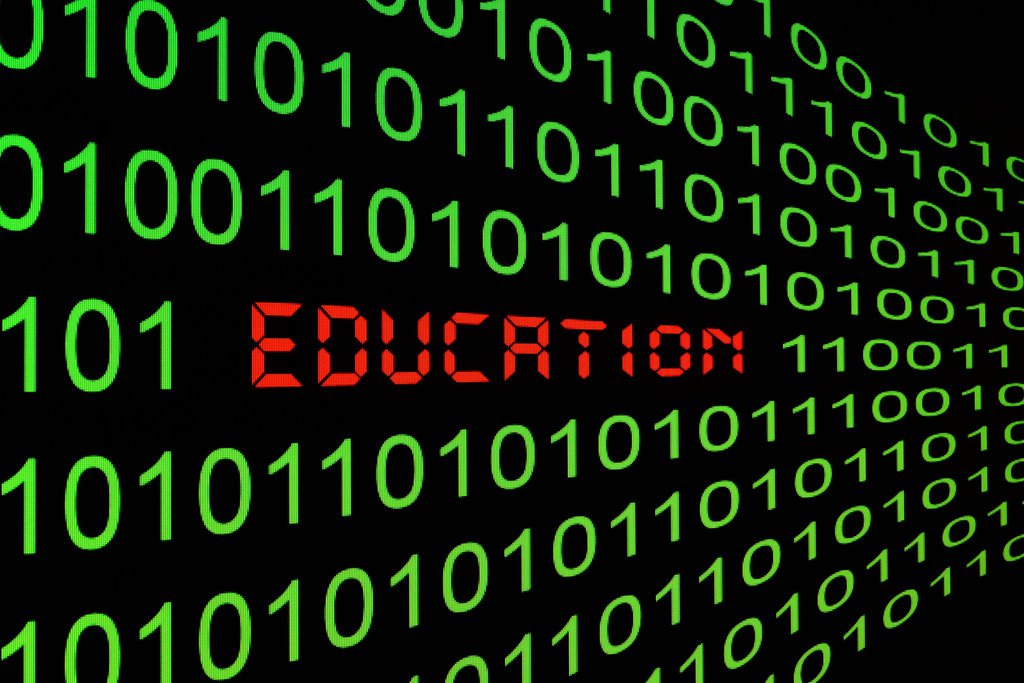 Home »Blog»The Future of Education: Where Are We Going? (The rise of Generation Knowledge)

This is Part Three of a five-part series.

Part Three: The Future of Education: Transcending the Status Quo: How Did We Get Here? Where Are We Going? (The rise of Generation Knowledge)

According to Greek mythology, the mighty god Apollo so greatly desired the beautiful and clever human Princess Cassandra that he decided to impress her with a gift worthy of the gods. In an attempt to win the fair Cassandra’s favors, Apollo gave her the ability to predict the future. Alas, Cassandra refused his advances, and so, rather than taking away her gift of foresight, Apollo cursed her lips so that no one would ever believe a single word she uttered about the future of things. Gifted with prophecy, but cursed with inconceivability, Cassandra’s story is a cautionary tale about the perils associated with predicting the future: one may be right and disbelieved — or worse, wrong and widely believed.

Still, many have hazarded the risks associated with prescience. Thomas Alva Edison took that challenge. Perhaps the greatest American inventor of all time, Edison was so sure of the impact that his newest technological wonders would have on the future of education, that he made the following prediction: “Textbooks will become completely obsolete in our schools; our school system will be completely transformed inside of 10 years.” The year was 1913. The technology was motion pictures. Ten years later, textbooks did not become obsolete, nor were school systems completely transformed by movie magic. Although Edison’s prediction was widely believed, he was dead wrong.

While I am no Cassandra, I believe I can predict two possible future scenarios for education with reasonable foresight: In the first, we will advance along our current trajectory. The dominant “tell and practice” model of instruction will continue unabated. Teachers will continue to tell their students what knowledge is important for them to know, and the successful students will continue to dutifully memorize that knowledge so they can report it back as accurately as possible. The effectiveness of educational systems will continue to be measured through multiple high-stakes tests that purport to measure thinking skills, but more readily assess the accurate recitation of the knowledge which students have memorized.

New and emerging digital tools will necessarily be overlaid on top of this instructional model. Individual students will sit on modern chairs inside futuristic cubicles that will be equipped with several large, interactive computer screens. Students will wear wireless headsets that combine earphones, 3-D goggles, and sensors that continuously monitor data as disparate as skin temperature, pupil size, and brain activity. Students will advance through “knowledge modules,” absorbing new content knowledge at a pace and manner that is “differentiated” for each student. Students’ learning preferences will be analyzed from a plethora of personal data culled from intensive and intrusive surveys administered regularly throughout a child’s academic career.

Instead of a human teacher providing content knowledge, students will sit before a holographic “teaching robot” whose algorithmic design incorporates those predispositions gleaned from students’ personal data profiles to “personalize” the way it presents content knowledge to students. Students will be tracked into future jobs or economic roles based upon their performance in their cubicles and on the required examinations.

This may sound appealing to some, horrific to others. Such subjectivity aside, a reasonable inference can be made that if we continue to travel along our current pathway, then we should expect the same meager impact of these digital tools on student achievement. In other words, if the tell and practice model of learning doesn’t change, then the effect of new and amazing technological wonders on student achievement won’t stray too far from an average of d = .34 for the next 50 years, or perhaps longer. (See my previous post on effect size and technology.)

In the second future scenario, I can envision teachers will have begun to mindfully categorize and consider how they use technology tools using hierarchical domains based on student learning impact. They will begin to incorporate the use of technologies to transform their roles from tellers of content knowledge and information to facilitators of student knowledge generation. Instead of only providing learning maps to follow, teachers will have begun to scaffold students’ capacities to become their own knowledge cartographers—experts of their own learning, prepared to apply specific strategies precisely when they need them to explore new knowledge landscapes and conquer new learning problems.

In this future scenario, students shift from passive consumers of content information to active global knowledge architects, building ever expanding networks to magnify their innate desire for interdependent creativity, communication and contribution. Moreover, students will have begun to wield digital tools to transcend the historic processes and prior expectations of education by designing new and original lines of inquiry to identify, investigate, hypothesize, and iteratively build ever more robust digital solutions to wicked problems that matter to them.

The impact of such transformational and transcendent technology use will simply explode the glass ceiling of student learning and achievement. Students will routinely achieve in one year what used to take four or five years. In short, the entire educational system will be completely changed.

This second future scenario should be as desirous to us as Cassandra was to Apollo. Even though we are mere mortals, it is within our reach. The reason is that this happy future depends far less on digital technology tools and far more on unleashing students’ innate potential for mindfulness, mastery, and contribution.

Right about now, you should be asking yourself, “Okay, I’ll bite; how do we get to that future of education?”

This is precisely the question I will address in the fourth installment of this 5-part article series: “How Do We Get There?”